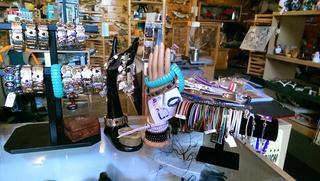 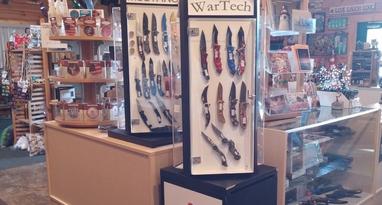 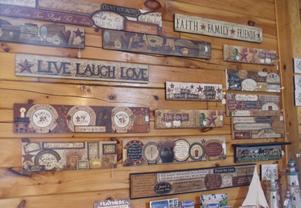 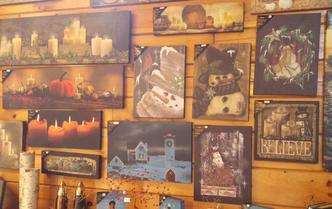 JIMS STORY - HOW HE GOT TO WHER​E HE IS TODAY

Come check out our huge selection of Nautical, Hunting, and Lodge Decor.  And Lots of great little gift items.

TO OUR PROSPECTIVE CLIENTS

When we started commercial taxidermy (39 years ago)  we made a serious commitment to QUALITY above all.  We use only the finest materials available. All our skins are professionally  tanned so your mount lasts a lifetime.  QUALITY is never an accident.

It is the result of Continuous Education, Hard Work, and Skillful Execution.

​​     I tried doing taxidermy as a teenager on my own (about 13) but put it aside for other interests. About 20 years later (1982) I caught a 27" Walleye and wanted to get it mounted but the wife said no. Pat had never seen good taxidermy and could only envision an icky old mount on the wall.

I looked up the company I had gotten information from in my teens; and low and behold, 20 years later, they sent me the exact same literature(?). I knew that in that amount a time taxidermy had to have evolved. Digging a little deeper, I found a company called John Rinehart Taxidermy Supply & School out of Wisconsin. They sold a home course as well. Now this is way before the internet, computers, cell phone VHS, CD, etc etc.  I received a picture film tape and a film machine to use with a cassette. I turned the cassette on and watched the pictures in the film machine. When the cassette beeped you turned to the next picture. That was my taxidermy class.

I contacted several local Charter Captain friends and asked for some extra Bass & Walleye to practice.  When I finished with a few, I'd call them back to critique the work (colors). In the mean time, Pat got information on some taxidermy organizations and together we started taking my mounts to the Ohio conventions for OTTR (Ohio Taxidermy Trade Register) for judging.  Between the 2 of us, we'd catch all the seminars on taxidermy mounting.

Pat would take notes for me on one while I was sitting in another.

My business and clientele grew rapidly. At that time we lived in a dead end street home subdivision that did not allow any business signs. Three years later I was full time. I had taken over our 2 1/2 car garage already, then our family room became the showroom for lots of taxidermy mounts.  And finally Pat turned our oldest child's bedroom into an office when she moved out.

I worked very hard on improving the quality of my mounts while trying to come up with ways to stream line the work.  I took lots of ribbons at the shows for many years, but started realizing one thing, as I would later tell other taxidermist at seminars I gave.   "You can't pay the mortgage with ribbons nor eat them."  I tried teaching that besides putting out a quality mount.   You need to do it in a timely manner to actually make money.

Here I am 38 years later.  We moved the business out of the house in 1993.  Added a huge walk-in freezer a few years after that, getting rid of the line up of chest freezers I had accumulated.  I was to the point that I was asking my local customers to keep their mounts in their own freezers till I was ready for them.  And was borrowing freezer space from a couple friends.  The walk-in freezer makes it more economical, electricity-wise and much easier to organize the mounts.

Just after 2000, we knew we needed to do something.  At that time I had 4 other employees besides myself and we were stepping over each other in the shop.  That was when I started looking at Log Cabins.  The 1,500 sq. ft. cabin opened in 2003.  We attached it to the front of the existing 3,000 sq. ft. facility.

SO HERE WE ARE....IT'S 2021 AND WE'RE STILL GOING STRONG.  WE'VE HAD OUR UPS AND DOWNS DUE TO THE ECONOMY, AS LOTS OF OTHERS HAVE, BUT WE HAVE NEVER QUIT.

ANIMALS FROM ALL AROUND THE WORLD!